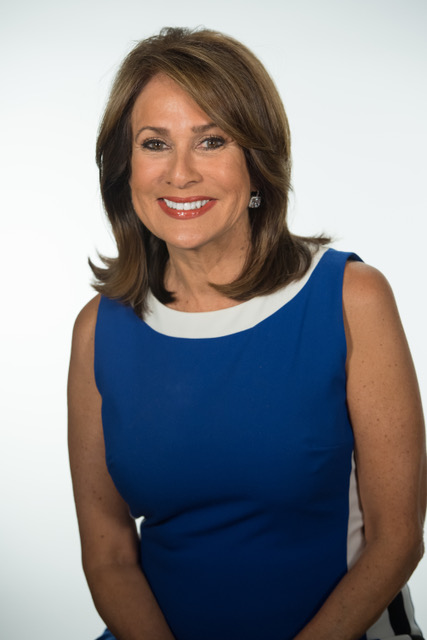 Carol Silva  is a veteran Emmy Award-winning news anchor, most known for her 33 years at the anchor desk of News 12 Long Island. Carol also reported from the road including Ground Zero, Albany, Washington DC, New Orleans, and Texas. She covered the New York State Legislature, Congressional hearings, and Presidential elections, bringing home the impact of state and national events.

Carol’s three Emmys are among her 50-plus journalism awards. In 2019 she was inducted into the prestigious Silver Circle of the New York Chapter of the National Academy of Television, Arts & Sciences, and the Long Island Journalism Hall of Fame. A graduate of New York Institute of Technology, she was their 2018 commencement speaker and awarded NYIT’s Honorary Doctorate.

Carol’s commitment to making news relatable, led to her being named a New York State Woman of Distinction and a Long Island Business News “Top 25 Most Powerful Women on Long Island” and “New York Icon.” Long Island Press readers voted her the “Best Local TV Reporter.” But Carol’s most treasured moments have included her volunteer work as her children’s soccer coach, a longtime PTA Board member and a Girl Scout leader, honored with The Girl Scouts of America’s distinguished “Juliette Low Award.”

Carol began her career in radio, on Long Island rock stations WBAB and WLIR. She moved onto larger New York stations including WNBC, WOR and the RKO Radio Network. For more than a decade, her “Catching Up with Carol” has been a mainstay column in Long Island Woman Magazine.

Carol has made hundreds of appearances before professional women’s, corporate, community and school groups. She speaks from the heart about motivation, finding your power, and coming back from defeat. (For more than three decades she inspired herself by hanging her first Cablevision rejection letter on the wall of her Cablevision office.)

One of the highlights of Carol’s speaking career came at the 2019 global WICT Leadership Conference (Women in Cable Telecommunications.) Carol got a standing ovation from almost 900-women as she led the Executive Leadership panel in the Grand Ballroom of New York’s Marriott Marquis Hotel.

A Mexican American, Carol was named Hispanic of the Year by the Suffolk County Police Department and a Hispanic role model by the Nassau County Hispanic Cultural Association.  New York’s Catholic Archdiocese gave Carol their TRISCORT Award for “spreading optimism, faith and hope in her daily work as a journalist.”

Carol says if we just stop and listen, we’ll hear that everybody has a story. She’s writing her next chapter right now.