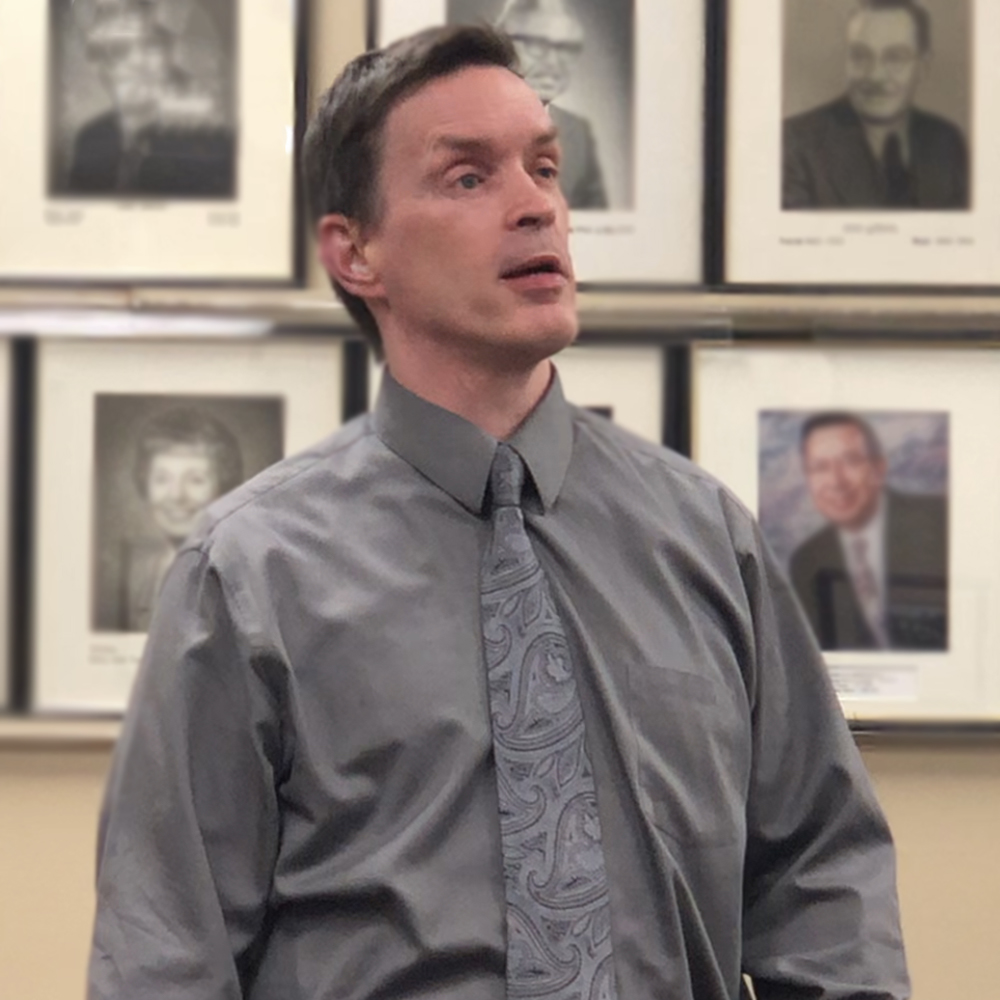 James Hughes was born in Brooklyn and his family eventually moved upstate to Walden NY. He was the youngest of five children. Along with his mother, he and his brother are totally blind while two other siblings are legally blind. James got married to his wife Diana and started a family of his own in 2004. James and Diana share three children, Sara, Joseph, and Emily.
James attended Binghamton University from 1986-190 for his bachelors in History and 1990-1992 for his Masters in History and Education.
He began his teaching career at Farmingdale High School in 1992 and has taught all levels of US History, Government Economics, and Mock Trial. Along with teaching, he is involved with extracurricular activities such as Ethics Bowl, Model UN, and Peer Mediation and has served as a union representative or officer for the past 19 years.
Experience and a desire for a new challenge has guided him toward public speaking and he has begun to keynote with his G.A.M.E.R. mindset and the central focus of his talks.